I moved to Farnham in 2010 – it was meant only to be for the short term but with my partner, William, we are still here a decade later. Farnham has its own castle and county park where deer still roam free. Virtually every house and even the street lights on Castle Street are listed. Farnham is a pleasant Georgian town of 40,000 people less than an hour away from London by train and keeps being listed as one of the “best” places to live in the South East.

The people living here are rightly proud of their town and indeed I am a member of a Farnham Residents Party which is an independent group of like-minded people with a wide spectrum of views on national issues who put the interests of Farnham first and believe that national political parties have no part to play in local government decision making. In 2019 Farnham Residents took control of Farnham Town Council and with the Liberal Democrats, Green, Labour and Independents took control of Waverley Borough Council as well as holding two of the three Farnham divisions on Surrey County Council.

The formation of Farnham Residents is mainly, although not exclusively, due to the unpopularity amongst local residents of a mixed residential apartment and retail development at the eastern end of the town centre: Brightwells. First conceived over 15 years ago this development has been plagued by planning difficulties mainly arising from objections raised by local residents before construction finally commenced in 2017. The design of Brightwells remains little changed since it was first proposed all those years ago – it is just ordinary and uninspiring, totally out of keeping with the general character of Farnham.

Although the Grade 2 listed Georgian Brightwells House survives at the centre of the new development it will be completely out of context surrounded by the new development. Adjacent to Brightwells House was The Redgrave Theatre which had been closed for several years and although no architectural wonder there was a strong local campaign to try and reopen it. These hopes were dashed when the building was summarily demolished.

As one might expect in these days of Amazon and the significant growth of home deliveries, which has accelerated due to coronavirus, the retail element of Brightwells has proved to be difficult to let even with offering initial rent free periods. Surrey County Council had to take on the commercial risk by investing £50 million into the scheme which will take forever to repay and may well end up being written off.

The latest insult to the residents of Farnham is that the developers have now submitted a planning application to fell three mature trees including a copper beech which to date the developers had always maintained should remain at the centre of the new development.

Farnham has recently been achieved World Craft City status – the first town in England and only the third place in Europe to achieve this status.

Against such a background every effort should be being made to preserve Farnham’s heritage which surely is “marketable” as a tourist destination especially being so close to London. With such election success at a local level you would have thought that this would make the Conservatives who have ruled in Farnham and Surrey for generations to start to think again but sadly nothing could be further from the truth.

Boris Johnson likes to think of himself as a libertarian heading a central government that promotes localism in decision making but actions speak louder than words and to date all we see are decisions that threaten the quirky nature of Farnham that makes it such a great place to live.

A long standing threat has been the planning system. The National Planning Policy Framework was published in 2016 and revised in 2019.  It was supposed to simplify the planning system yet its words are vague and open to different interpretations which has created an environment in which the only real winners are the legal profession whose expensive lawyers, solicitors and barristers charge eye watering fees to argue “black is white”. Like most local authorities, Waverley’s planning team is under-resourced and lacks the experience required to take on such heavyweight opposition.

We are now faced with a further revision of the planning system that we are told will represent the greatest reform of the planning system since the 1947 Town and Country Planning Act. Whilst I agree that the present planning system is indeed not fit for purpose, its scattergun approach of relaxing planning conditions across the board will work against the interests of Farnham where there needs to be more protection if the true character of the town is to be retained.

Then there is the threat posed by greedy developers who are here today but gone tomorrow. With central government having a policy of “Build, Build, Build” it seems that this objective has to be achieved at whatever cost even if this means not first providing the necessary infrastructure to support such development.

Then there is the question of providing affordable housing. Waverley has a Local Plan policy that requires 30% of any residential development to be affordable yet far too often developers are allowed to get away with first obtaining planning permission and then claiming that development incorporating 30% affordable housing is not economically viable. It is easy to find on the internet planning consultants who, like the legal profession, are able to argue that “black is white” or is it “white is black”? It seems incongruous to argue that developments cannot support any affordable housing at all in any development when at the same time developers are making substantial profits for themselves and their shareholders. In any case the definition of affordable being 80% of market price is still out of the range of many local people and especially those on lower paid jobs many of whom are key workers in the current situation created by coronavirus. Indeed, we are trying to establish a Community Land Trust in Farnham in an attempt to provide truly affordable housing in perpetuity for local people.

These planning consultants are also being used to find ways of avoiding Community Infrastructure Levy (CIL) charges. Personally I have always thought that too much was expected from CIL which was seen as a golden goose that would lay many golden eggs.

We are, however, now facing our most dangerous threat of all to local democracy with the spectre of local government reorganisation. Now I will be the first to argue that the existing three tier local government structure in Surrey is outdated and needs replacing, and over a year ago I had a letter published in the Farnham Herald supporting the abolition of Surrey County Council and the establishment of unitary authorities. The Conservatives in Surrey, no doubt buoyed by managing in December’s General Election to retain control of all Surrey’s constituencies, are now proposing a daring version of having just one pan wide Surrey unitary authority to replace all 11 district and borough councils. If successful such a unitary authority would be the largest in the UK if not Europe but one has to question the true motive behind such a proposal. This is not what I had in mind!

Surrey already has a reputation amongst its residents for being remote (County Hall is actually located in Kingston upon Thames which became part of Greater London as long ago as 1965) and appearing not to do the “right thing”. Potholes are a classic example. Like many local authorities Surrey contracts its road maintenance out (in this case Kier) who then in many cases sub contract this work out. A situation can then arise where the repair of two adjacent potholes are sub contracted out to different companies and residents can not understand why one company will come out to repair one pothole but then not be prepared to repair the other pothole! The fact we are told that Surrey County Council does not receive a fair share of money from Central Government for road maintenance since it is allocated on length of road rather than actual use of road also appears to be lost on local residents.

There are, however, areas where Surrey does really does perform poorly. In Farnham significant lengths of pavement were recently replaced (again sub contracted out by Kier) and the materials used were not quite in keeping with the local environment whilst the quality of work undertaken in places should have been better.

Surrey also has a problem with the provision of children’s services which Ofsted found inadequate. This could in fact be the downfall of Surrey since sadly the person they recruited to “put things right” (Dave Hill) who had undertaken similar work in Essex suddenly died the other week which leaves Surrey with rather a difficult problem.

How much better it would be if these services were provided by unitary authorities on a more local basis. I fear, however, that at the end of the day political motives of reasserting Conservative control might win since the idea of splitting adult and children social care and education services which account for over 70% of County Council expenditure into 2 or 3 unitary authorities may prove too much for Central Government who wants to implement change quickly in its proposed plans for local government this Autumn especially with the financial difficulties currently being faced by many local authorities (including Surrey) arising from lost revenue and increased costs related to coronavirus for which they have not been fully compensated by Central Government.

All this might explain why Surrey has suddenly taken more interest in establishing a Farnham Project Board to resolve the town’s traffic and air quality problems after neglecting this “border” area with Hampshire for so long. The approach that is being adopted is, however, more top down seeking views and opinions on predetermined policies which is diametrically opposite to the bottom up approach that was so successful in developing policies from ascertaining people’s views and opinions in Farnham’s Neighbourhood Plan.

Despite claiming to a libertarian Boris Johnson seems intent to implement greater centralised control from London which is contrary to the spirit of Localism that had started to develop and has been so successful in the implementation of Neighbourhood Planning. For places like Farnham where the residents take such an active interest in the town I fear life can only become more difficult.

David Beaman moved to Farnham in 2010 and was elected as an Independent onto Farnham Town Council in 2011 until 2015.  In August 2016 he was re-elected to Farnham Town Council as a Farnham Resident in a by-election to represent Farnham Castle ward including the town centre area which is a Conservation Area and since 2007 was declared an Air Quality Management Action Area where air quality is and remains below expected national standards. In May 2018 he was elected in another by-election to represent Farnham Castle ward on Waverley Borough Council and in May 2019 re-elected to both Waverley Borough Council and Farnham Town Council. Since May 2019 he as been part of a ruling administration with Liberal Democrats, Green, Labour and Independent at Waverley Borough Council and member of Executive Committee with responsibility for Health, Wellbeing and Culture. 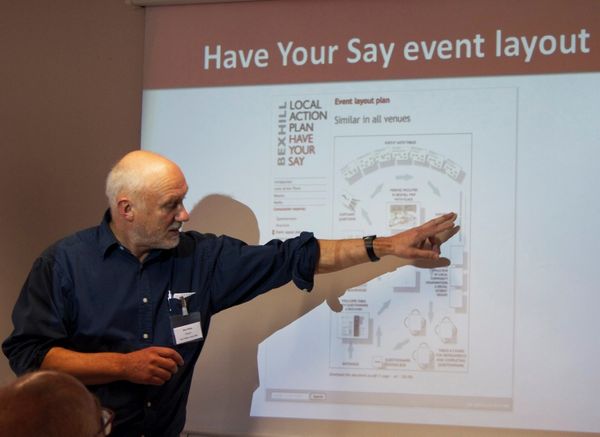 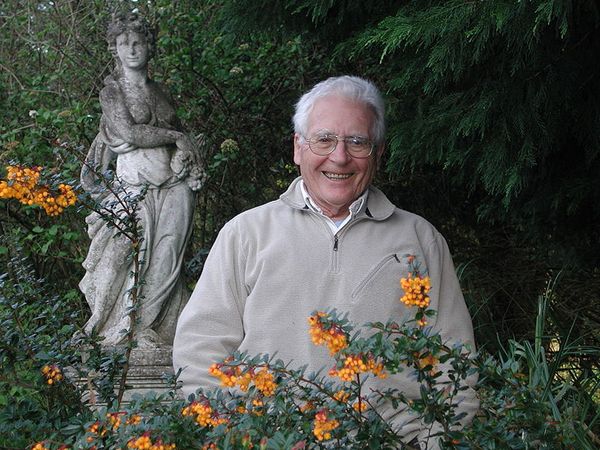 What can we learn from the dramatic impact that the Coronavirus pandemic has had on the world, and its message in terms of human activity, in particular at the local