A minister at MHCLG has approved a US venture capitalist's plans to redevelop the grade II* listed 450-year-old bell foundry in Whitechapel, east London, though the housing secretary has indicated that he is wants a review into 'how the  Planning Inspectorate (PINS) and planning policy considers and defends heritage'.

The two apparently contradictory decisions have perplexed observers who were hoping that saving the foundry and restoring its bell-making activities would have achieved a 'living heritage' solution to the future of the historic site.

The called in decision concerned the Whitechapel Bell Foundry, closed three years ago, and subject to controversial proposals to develop a hotel and other new facilities on the site.  The foundry was the oldest manufacturing company in Britain, having started up in the year 1570, and was known for manufacturing the Liberty Bell and for recasting Big Ben, the bell in the Elizabeth Tower at the Houses of Parliament.

In 1739, the business moved into its Whitechapel premises, a former pub originally built in 1670, where it operated until its closure in 2017. Since then, the future of the grade II* listed building has been the centre of a high-profile planning battle.

In December 2018, the US venture capital firm Raycliff Capital, which had bought the site when it was sold on by the first purchaser after its closure, sought permission to redevelop the site in two parts. The first was a plan for conversion of the original listed building into a cafe, along with "interpretation spaces, workspaces and workshops", and a miniature foundry, separated from the cafe by a glazed screen, to allow visitors to observe small handbells being cast.

The second part of the proposal involved the replacement of an unlisted 1980s building to make way for a seven-storey hotel with 103 bedrooms, a restaurant, bar, and rooftop terrace and pool.

Alternative plans had also been put forward by the charity Re-Form, which sought to reinstate the building's original foundry use in a similar way to its award-winning work at the grade II* listed Middleport Pottery, near Stoke-on-Trent.

The decision was called in by the secretary of state Robert Jenrick in January 2020, and a nine-day public inquiry - run on a virtual basis due to the pandemic - was convened by Inspector Paul Griffiths that October.

In June 2020, however, housing minister Christopher Pincher mistakenly told Parliament that the scheme involved the demolition of the listed building, and that it had already been refused by Jenrick. Both Pincher and Jenrick therefore recused themselves from the case for legal reasons.

When the decision letter was published, it was signed "on behalf of the secretary of state". MHCLG later clarified that it had been junior minister Luke Hall who had made the decision.

In his decision, Hall described the design of the proposed hotel as "subtle and pleasingly understated", commenting that the inclusion of a bell and gantry on the roof "seemed an appropriate reference to the former use of the site". He also praised the proposal's "reintroduction of foundry operations into the building in areas where traditional bell founding used to take place".

The "comprehensive nature of the proposals" meant the building would not be at risk of future harm through incremental changes, Hall noted. He agreed with his inspector's opinion that Re-Form's alternative proposals and the issue of optimum viable use was "of limited consequence", because "the presence of an alternative scheme offers no justification to resist a proposal that is otherwise acceptable". Overall, he found, material considerations justified a grant of permission.

After the decision was published, Jenrick issued a statement on Twitter stating that he had commissioned a review into "how PINS and planning policy considers and defends heritage".

The decision has drawn criticism from campaigners, who say that the heritage significance of the foundry should have been maintained by a scheme to continue industrial production there, rather than a token reference to its history. 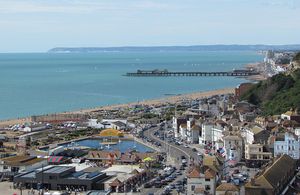 The government has made a further announcement of funding allocations under the Towns Fund for 30 towns in England, intended to boost their local economies, create jobs and help them build back from the pandemic. 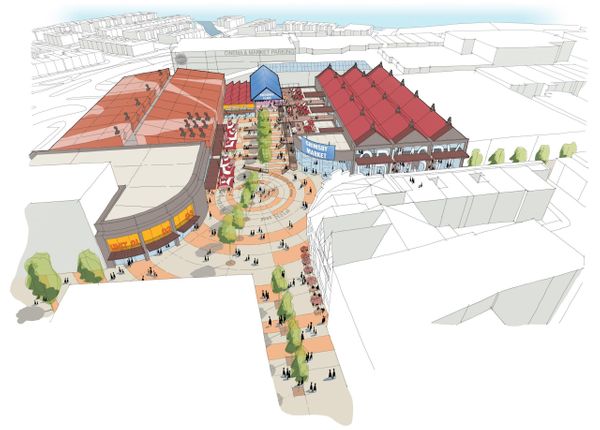 A further 57 English high streets are to receive a share of government funding to improve transport links, build new homes and transform underused spaces, bringing to 72 the number which will share over £830 million to help them reopen and recover from the pandemic.