Following a court case, Newham Council will join Sheffield in having a referendum this year on changing to a more traditional democratic Committee system of governance, rather than a Mayoral or Cabinet-led structure of the kind that have been widely introduced in recent years.

On 6 May 2021 every Newham voter will get a vote on whether the Council should be run by a Directly Elected Mayor (the system that is currently in place), or by a system of committees made up of elected councillors.

Pressure has been brought for the new approach by Newham Voting for Change, a group of Newham residents and councillors who are campaigning for the committee structure in the referendum. If successful, it would mean that the council would be run by committees made up of elected councillors. Usually a committee would represent each area of the local authority's remit eg Housing, Education, Social Services etc.

The campaign claims that, compared with the mayoral approach, the committee system is:

"OPEN – there is more opportunity for citizens, experts and communities to have their say and influence decisions

REPRESENTATIVE – all council members have input into decisions, not just the Mayor and Cabinet

CO-OPERATIVE – councillors have to work together to make decisions

ACCOUNTABLE – every councillor takes a role in making policy and seeing decisions enacted".

The referendum will go ahead despite campaign group Democracy Newham Ltd wanting a High Court judge to review Newham Council's decision that its petition calling for a referendum was invalid.

But the Honourable Mr Justice Morris ruled on January 29 that no petition for a referendum presented between March 16, 2020 and May 5, 2021 could be valid.

Current Mayor of Newham Rokhsana Fiaz welcomed the decision as a victory for people’s right to vote in the referendum that was already planned to choose between the two different systems.

Newham has joined Sheffield in holding a referendum, where campaigners 'It's Our City' have been seeking to overturn Sheffield City Council's current so-called ‘Strong Leader’ system, where just 10 out of 84 elected councillors have the power to make nearly all decisions. The system was adopted in the early 2000s, and has been a focus of criticism, particularly in the light of the Council's notorious street tree-felling programme.

The campaigners believe a 'Modern Committee system' would mean all 84 councillors would have the power to do the job they were elected to do, and small groups of councillors from all parties have to work together to make decisions and cooperate to do the best for the city.

In August 2019, It’s Our City! submitted a petition with over 26,000 signatures  calling on the council to ask citizens of the city how it should be run. This petition was legally binding, because of the power given to citizens by the government in the 2011 Localism Act. It was due to take place last May, but was postponed due to the pandemic.

Meanwhile, Cheshire East Council has voluntary decided to drop the ‘Strong Leader & Cabinet’ method of running the council, and to replace it with a more traditional committee system.

The system was originally adopted by the Conservatives when in control a decade ago, but they were ejected from power in May 2019.  Widespread disaffection about the way the council was run was a major factor, and led to them losing seats to Labour, independent and Liberal Democrat candidates and then losing power.

Since May 2019, the joint Labour/Independent administration has committed itself to overhauling the system. 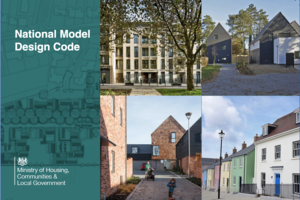 Local communities will be at the heart of plans to make sure that new developments in their area are beautiful and well-designed, says the government in its response to the report it received from the Building Better, Building Beautiful Commission

The lively discussion of issues raised by the collapse of the Debenhams Group is continuing, following the deal for online retailer Boohoo to take on the brand, but not the stores or retail operations. Guardian columnist Polly Toynbee has joined the discussion led by her colleague John Harris