This in turn reminded me of the Urban Repairs Club report on the Independence Day event organised by The Guardian’s John Harris and held in Frome, Somerset in November 2012.  The report in full is on the old Urban Repairs Club site here.  That report mentioned a large number of new economy projects, some small businesses, some social enterprises, some citizen-led projects.  This piece collects up those mentions and sets them down as a useful companion list to that for the citizen-led projects in the High Streets Agents of Change report.  How many of those projects are still going and thriving over seven years on?

Civic Revival will attempt an investigation soon, as the issue of how citizen-led projects can maintain momentum in the long term is an important one.  In the meantime, any news or feedback on any of the projects listed will be gratefully received.

Frome was an early centre for the local independents or ‘flatpack democracy’ movement, when local activist residents revived local democracy and citizen action by running as independents for the previously moribund Frome Town Council.  They surprised the established local political parties by campaigning vigorously for election for a tier of local government that had almost been forgotten about, with seats sometimes going unfilled and elections uncontested.  Having come from nowhere to win, they then set about taking the almost unprecedented step of making a noise about all the good things they could do for the local community with the proceeds of the penny rate they were legally entitled to levy on the council tax payers of the town, and experimented with participatory budgeting and decision-making.  The story in full was told in Peter McFadyen’s book Flatpack Democracy (2014), and updated in his 2019 sequel Flatpack Democracy 2.0: Power Tools for Reclaiming Local Politics.

The story of Frome and the movement that has revived town and parish councils elsewhere across the country will be the subject of another forthcoming Civic Revival piece.

What actually brought together and galvanised the Frome activist community was fighting off a planning application by Tesco for a Tesco Extra superstore near to the town centre, which would have had the effect of killing off the many small local independent retailers that gave Frome its special character.

Tesco has had its ups and downs recently and so you have to remind yourself that ten years ago it was on the verge of becoming Britain’s Walmart.  (Walmart ruthlessly destroyed Main Streets across small town America in order to establish local monopolies hoovering up every single dollar of disposable income spent on retail.)  NEF’s Andrew Simms book on this was called Tescopoly.

It was in this context that John Harris was pondering a national movement to save town centres, and invited grassroots activists from across the country to the Wesley Methodist Church in Frome for a one day conference on the question.  In the end, sadly, a formal national citizen-led organisation to defend town centres was not launched in 2013 or since.  Maybe, in 2020, post-coronavirus, the time for such an initiative has come again.

Locations visited in the Greater Frome area for refreshments

Prior to Civic Revival, in the first half of the 2010s, Civic Revival founders Peter Stonham and I had previously collaborated in a project we called The Urban Repairs Club. 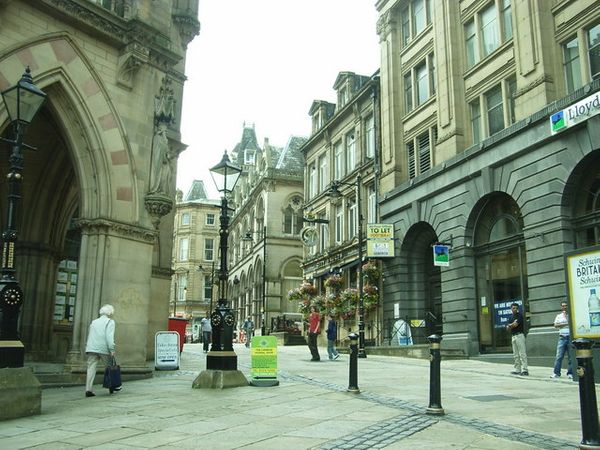 A personal reflection on Bradford and the Stir to Action/NEF event ‘High Streets: Agents of Economic Change’