Local civic activists in Hastings have been outraged at the sale this week of a historic shopping arcade in the town by a Trust that was set up over 90 years ago to benefit the townspeople.

The Queens Arcade in the town centre dates from 1882 and, amongst its claims to fame, is the fact that it was occupied by Scottish engineer John Logie Baird when he was working on the invention of television. Many of his early experiments were carried out at his workshop there in 1924.

It was once owned by four-time Mayor of Hastings Alderman Went Tree. When he died in 1927, it was put into a Trust, with the objectives of distributing any proceeds of the rentals paid by shopkeepers in the Arcade for two causes: acquisitions by the local Hastings Museum, and support to persons from the town seeking to emigrate to Commonwealth countries.

Evidence has recently emerged showing what amounts to a mismanagement by the Trust of its assets and finances. Local solicitors Heringtons have largely run the affairs of it, and questions have been raised by their fees and conflicts of interest.

The decision to sell was recently revealed, with the Arcade appearing as one of the items in an online property auction taking place this week under auctioneers Emsons. The Arcade was given a guide sale price of £325-£350, 000. In the event it sold for £461,000, after highly competitive bidding. The new owners have yet to be revealed, but there is speculation that it will be a property investor wanting to capitalise on the historic nature of the building, and to raise rents from the current occupants or replace them.

At the moment, the Arcade is occupied by a number of local traditional businesses, including Arcade Fisheries, Gary the Butcher, a party shop, a hairdresser, a greengrocer’s, a skincare ‘deli’, a key cutter, a Goth shop and a confectioner.

When they heard of the planned sale - only three weeks ago - campaigners in the town wanted the auction entry withdrawn or postponed while a full discussion and investigation took place as to why it was being sold, and consideration of the best way to protect the historic building and the local traders in it.

Hastings and Rye MP Sally-Ann Hart wrote to Heringtons as the principal administrators of the Trust, supporting a call for the auction sale to be paused. But no formal response was received, other than a statement seeking to justify the sale on the grounds that the finance received would enable the Trust to disburse more of its funds, although the exact arrangements for that are as yet unclear, and also how and where the large sum of income will be invested to ensure it benefits the people of Hastings as intended.

Meanwhile, the future of the Arcade will be a matter of continuing speculation until the successful bidder and their intentions are revealed. There are fears that, having paid a substantial price for the asset, it can only mean a rather different future for the building and its occupants than hitherto, and one not necessarily rooted in the best local civic objectives.

From a Civic Revival perspective, the key question appears to be how the Trustees of a much-loved and important local asset felt it appropriate to dispose of that property bequeathed to them, and treat it as a mere financial chattel. And by doing so, placing it into uncertain new hands. And why did they feel it necessary to suddenly raise a large amount of cash, rather than retain the asset as something to treasure and protect for the benefit of the town whilst providing a continuing stream of income to distribute according to its founder's intentions.

The building is unlisted, although of heritage value, and there will now be pressure for Hastings Borough Council to give it protection from inappropriate development. 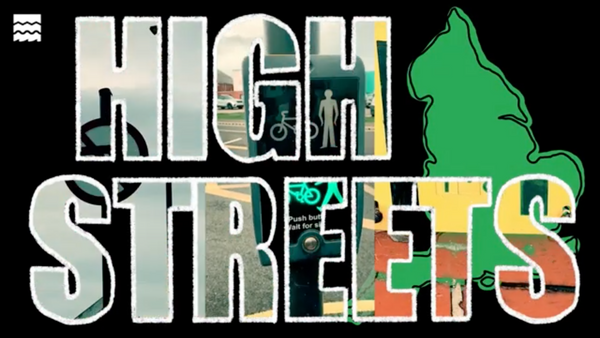 Ten new films by creative artists supported by Historic England explore the future of local high streets. Made in collaboration with young people, they were commissioned as part of the High Streets Heritage Action Zones Cultural Programme

The line up of leading civic activists speaking and in discussion at the online event hosted from Hastings and Bexhill, which will also feature the launch of 'Nine Principles for Democratic Civic Leadership'