A set of guiding principles for local democratic civic leadership were launched by Civic Revival at the online event 'Empowering Our Communities', on the day before the first day of the official campaign for the 2021 local elections to be held on Thursday 6 May.

The principles have been developed through consultation and discussion with civic activists from around the country over the past year, with the intention of setting down how people can reasonably expect their local representatives to act in their best interests.

Nine principles for local Democratic Civic Leadership: what we ask of those standing for the 2021 Local Elections was unveiled and discussed at the event, which was 'virtually hosted' from Hastings and Bexhill-on-Sea on Sunday 28 March.

The full video recording of the event can be viewed here.

The online event included the sharing of experiences by leading local civic activists from around the country, and a national view of community empowerment from Matt Leach, the Chief Executive of The Local Trust.

Subjects addressed in the Nine Principles include honest communication and 'plain dealing'; recognition of the climate crisis in local decisions; protection of the character and identity of local places; supporting the local economy and empowerment for local solutions; fostering community expression and local cultural and collective activities; facilitating informed debate and cross-party collaboration where it is in the best interests of everyone.

Civic Revival founders Peter Stonham and Richard Walker told the online event that they believed it was important to set down clearly what had emerged from the past year's Civic Revival discussions about the way local councils were either achieving or failing to reflect the most important expectations of local people. They said: "The nine principles aim to guide how we define the ‘spirit’ of our local democracies.  Local democracy is about the overall custodianship of any place: we wanted to crystallise the elements which, when followed in a place, things go well, and when not followed lead to bad outcomes that spoil places and baffle their citizens."

The nine principles are designed to be put before any candidate for any council at the local elections, to gather their response to these expectations for how they will carry out their duties as elected representatives. 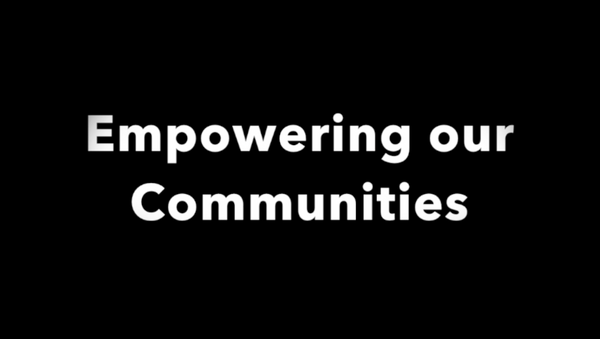 Watch the video of the online event virtually hosted from Hastings and Bexhill on 28 March 2021, featuring top civic leaders, activists and practitioners from across the country. 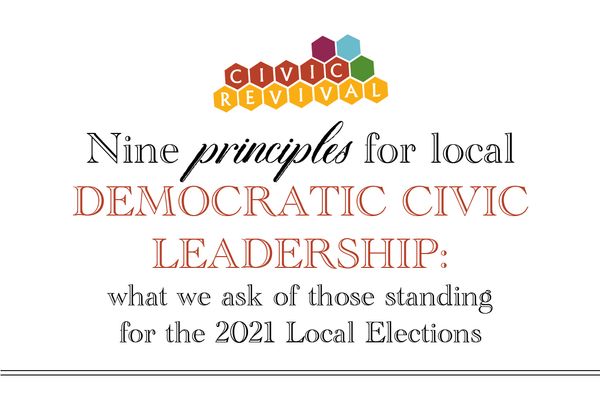 What we ask of those standing for the 2021 local elections