In a move that bucks a trend of retrenchment amongst local news media, The Oldham Times will become a six-days-a-week print title from January, returning a daily newspaper to the borough after an absence of three years.

The town lost its daily newspaper in 2017 when the independently owned Oldham Chronicle went into administration. This led Newsquest to launch the Oldham Times which has served the borough with a weekly newspaper as well as providing daily news online.

The title has seen record audience numbers online over the last six months and this, combined with reader feedback, has bolstered confidence in the need for a daily print edition, says Newsquest.

Leader of Oldham Council Sean Fielding said: “Local newspapers have an important role in holding local decision makers to account. Whilst the gap left by the demise of the Chronicle was partially filled by the weekly Oldham Times, only a daily edition can truly replace what was lost back in 2017.

Editor Steve Thompson added: “Times have been tough in local journalism during the pandemic so this show of confidence in such a new title is great to see.

“We have expanded the current Oldham news team by investing in more professional journalists. This includes a new crime and court reporter, a new local news reporter as well as a community news editor dedicated to the Oldham area. We will be striving to serve Oldham with even more news, features and sport in the months to come.”

Publisher Newsquest, one of the largest regional news publishers in the UK, claims 'We are a media company with a difference. We are committed to bringing a voice to your region by investing in a passionate team of journalists who proudly serve their communities by sharing authoritative news that readers trust.'

According to the publishers, the daily Oldham paper will feature a new roster of supplements during the week, including a food and drink guide and a homes and interiors pull-out, as well as a bigger and better seven-day TV guide every Saturday. The title will also feature coverage of Oldham Athletic AFC and Oldham RLFC. The new daily Oldham Times will launch in January with a cover price of 70p.

The company has a portfolio of more than 165 UK news brands plus more than 40 magazines online and in print. With an online audience of almost 30 million users a month and six million readers a week in print, it claims its content is read by a substantial proportion of the UK population. The Newsquest parent company is Gannett Inc, the largest news publisher in the US, and is listed on the New York Stock Exchange. 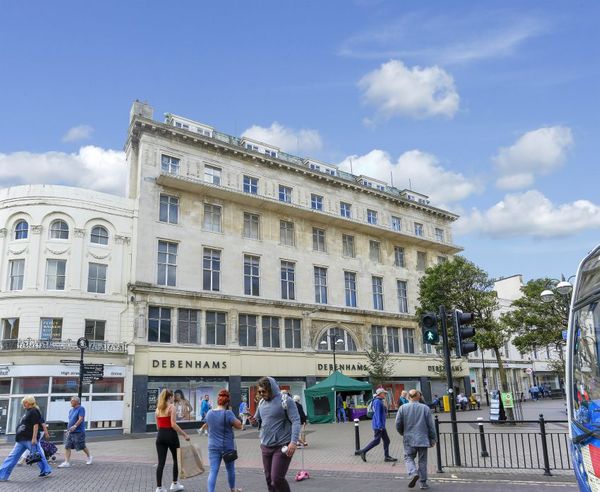 A number of schemes are being announced about the future use of the substantial Debenhams department stores in 100 plus towns around the country, following the collapse of the business at the beginning of December, although the prospects for many are unclear.

Part 3 of the Civic Revival discussion forum series turns to the property development system and planning the future of our town & city centres. How can communities exercise meaningful democratic control over their future?