Local activists in Brixton, South London, have been angered by the discovery that a community group called the Brixton Project have been supported by property developer Hondo to lend credibility to the company’s bid to build a massive 20 storey tower block in Brixton town centre. The website Brixton Buzz claims that the development contravenes local council Lambeth’s own planning policies. It says the Hondo scheme is being financed by US-backed property investors who are headed up by a DJ socialite millionaire.

The proposed development is proving hugely unpopular in Brixton, with nearly 1,200 objections registered on Lambeth Planning – with just 12 comments in support – and a petition started up in opposition to the plans has received over 6,000 signatures.

The Brixton Project was incorporated as a ‘Community Interest Company‘  in April 2019, and is seen as effectively a rebranding of the Brixton Design Trail, which itself was supported by other recently-arrived, 'super rich patrons', Squire & Partners.

Their buzzword-heavy website describes their role as “participatory placemakers” who “connect business, citizens and creative networks to bring the positive power of creativity to the heart of local communities,” and that they want to help create 'welcoming spaces that bring joy to residents, visitors and workers alike.' It adds that "Our projects invite people to get involved and feel at home – whoever you are wherever you’re from. The community that plays together stays together."

There is no apparent mention of the Hondo scheme on The Brixton Project's website, but Brixton Buzz says it has now learned that Hondo are directly funding The Brixton Project, although they’ve refused to tell it the sums of money involved.

It points out that the Brixton Project’s name is also "all over Hondo’s planning application, and it’s obvious that they’re tucked very tightly into bed with the developers," including the provision of some community space for them within the development. Hondo has indicated that it wants the Brixton Project to help manage the community liaison group, which will have a clear capacity, management and governance to the collective of Brixton’s social organisations.

An email declares how the Brixton Project will be “stepping into” this “controversial space” to form a “community co-creation group” and create a “community engine that supports the infrastructure of the town centre” which will be “led and managed by local people.”

The Brixton Buzz further reports that the Brixton Project has recently been sending out letters and invitations to a selected group of individuals, inviting them to contribute their thoughts via a survey as to how the community space in the  proposed tower could best be used, but claims that a number of key groups have been omitted.

"Given the secretive nature of this survey, it would appear that those elected to ‘lead and manage’ the space will exclusively come from a specially invited group," claims Brixton Buzz. It sees these interests as coming from "the very same small pool of well-connected entrepreneurs, community activators, coach-mentors, creatives and business-minded people who seem to have benefited from their professional connections with Brixton."

In the view of Brixton Buzz, "we see this freshly minted organisation snuggling up to Hondo in an attempt to both legitimise the development as some sort of community gain and to earn themselves influence within the project".

Brixton Buzz has now sent an open letter to the Brixton Project, pointing out that it and its associated urban75 blog have over 365,000 posts discussing local issues, with over 340 posts about the Hondo tower alone, and has recently passed the landmark of ten million page views, and the two sites have a combined Twitter following of nearly 28,000 accounts. and yet there has been no dialogue between the two organisations.

It says that the Brixton Project involvement feels "very much like a tightly closed club for the well connected, the privileged and the opportunistic." It points out that "The Brixton community has made its voice heard very loudly about whether it wants this tower or not, so why aren’t you listening to them rather than ingratiating yourselves with Hondo?"

Brixton Buzz says it is now co-ordinating opposition to the Hondo tower development, which though recommended for approval by officers, has yet to be given a final decision, and the Council has been urged to reject the proposal by Brixton MP Helen Hayes.

The planning application says that the scheme “is a joint venture by AG Hondo Pope’s Road BV who have an agreement to purchase the site, currently occupied by Sports Direct and Flannels.”

It goes on to claim that Hondo is part of a property development company who have a “longstanding presence in the borough having purchased Market Row and Brixton Village” in March 2018.

Brixton Buzz says Housekeeping DJ and socialite Taylor McWilliams is the sole director of Hondo Enterprises, and who owns Brixton Village and Market Row – is also a director of AG Hondo Pope’s Road BV, along with Robert Tieskens, a director of the Netherlands arm of the New York based investment company, Angelo Gordon.

You can read more about the project and the controversy on the Brixton Buzz website. 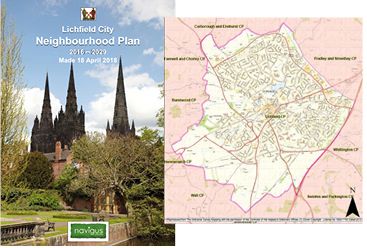 A new report from Reading University has provided the first in-depth look at the take up of the concept of Neighbourhood Planning, which has been on offer to communities in England for almost a decade. 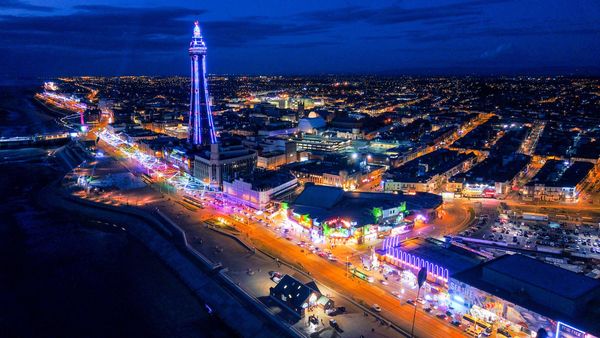 Allocations of funds to the first 7 areas across England to benefit from the government's £3.6 billion Towns Fund have been announced in up to £178.7 million worth of new Town Deals by Communities Secretary Robert Jenrick