Local projects in Kirklees, Yorkshire; Chippenham, Wiltshire and in Kent have been named as winners in the 2020 Community Archives and Heritage Group (CAHG) Awards,  announced at the end of October.

The awards, which celebrate the importance of community archives and heritage, are organised, judged and presented by the Community Archives and Heritage Group, a special interest section of the Archives and Records Association (UK & Ireland), the main professional body representing archivists, records managers and archive conservators in Britain and Ireland.  2020 marks the ninth year of the awards.

Kent’s Sporting Memories was also awarded the overall Winner of the Best Community Archive and Heritage Group of 2020. All entrants are automatically considered for this award.

Commenting on the Kent’s Sporting Memories project, the judges said: “We were very impressed with the group’s use of the Oral History Interview process and how it had been used to give older, often vulnerable people, a sense of importance and purpose by giving people a chance to reflect upon their lives.  The group themselves shared how the release of memory can work as a therapeutic process. As a result, wellbeing felt truly embedded into the project rather than it being just another outcome.  The panel noted how everything felt very connected and the archive almost felt like the by-product of a wellbeing project rather than the other way around. The judges saw evidence of good training for volunteers at every point and the formation of useful partnerships to continue the legacy of the project.”

Two entries were also recognised this year as deserving of a special mention: People’s Heritage Co-operative and Leas Pavilion Archive.

The Community Engagement Award went to Chippenham Museum. Judges commented that this was a wonderful project which was very different in its material and audience. Across the board all the panel felt there had been truly authentic and interesting intergenerational work.  The entry had been particularly engaging when it mentioned creating a new audience of young people who have not been interested in the archival world before and indeed had not been in a museum prior to this project.  In this way, Chippenham Museum were helping create an audience for the future.

The Gathering and Preserving Heritage Award went to Kirklees Local TV. The judging panel were impressed by the archival work that was being done particularly as this was not a typical archive project and instead was more concerned with media.  The project was very topical in terms of the narratives that it explored.  The panel commented that this project may well be bringing in new audiences from different places rather than waiting for them to walk in a museum of similar site. The term “community elders with relevant expertise” was particularly noted and acknowledged by the panel who also felt this format of material was very relevant in this digital age.

The Gathering & Preserving Heritage award focuses on the process of collecting heritage and preserving or stewarding heritage.

Kirklees Local TV (KLTV) has created an archive for, about and with people whose local histories were underrepresented in wider narratives about change over time.

KLTV decided to seek funds to capture one significant set of missing and disappearing voices from the existing official histories of Huddersfield – those of the Windrush Generation pioneers and their families.

The result was ‘Windrush the Years After: A Community Legacy on Film’, a community engagement and heritage project made in deep collaboration with Huddersfield’s African-Caribbean descent community, that celebrates, commemorates and motivates cross-generational and cross-community audiences.

The project undertook activities, developed skills and created lasting resources to educate, inspire and tell a national story from a local perspective – with the contributions made by invited African-Caribbean economic migrants and their descendants to local/regional life.

Milton Brown, Chief Executive Officer at Kirklees Local TV, said: “We are immensely proud of winning this award. I offer a special thank you to the community commentators and volunteers who took part in this project, KLTV staff, The National Heritage Lottery Fund, and in particular the University of Huddersfield.

“Our archiving enables future generations to explore and critically examine the experiences of African Caribbean descendants who came from to Britain during the late 1940s to the 1980s.

“As a resource, ‘Windrush: The Years After a Community Legacy on Film’ along with the archives, contributes significantly to Black British History.”

The archives are accessible at the University of Huddersfield. 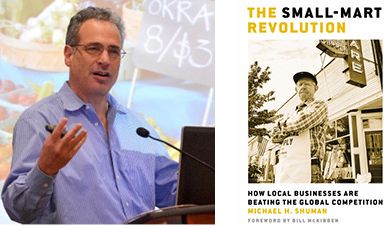 It sounds odd to say it, but localism is a global issue. And some people with strong belief and involvement in globalisation are questioning those who advocate more local economic development. 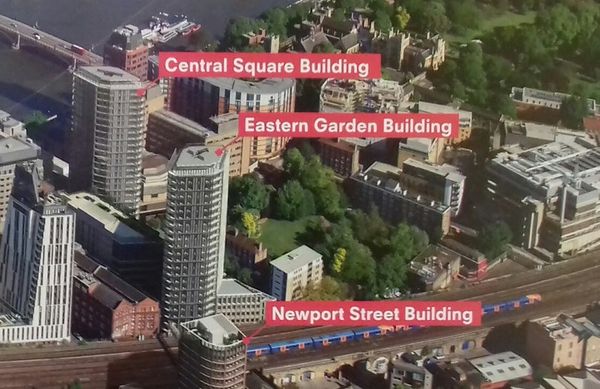 New controversies have arisen over further proposed tower block schemes in Lambeth, South London, with approval just given for the one in Brixton local activists have been campaigning against.