The value of conservation areas and the benefit to this country is clear, their future is not, the civic society organisation Civic Voice has warned. It has issued a call to action, and launched a series of webinars on the subject, including a discussion with Matthew Mckeague - CEO of the Architectural Heritage Fund, on the future of our heritage high streets; Cllr Karen Rowland – on ‘Why we need Heritage Champions!’; on why investment in heritage makes a difference with Nottingham City Council’s Heritage Officer Alice Ullathorne; with Duncan Wilson, CEO of Historic England; and Ros Kerslake CEO of the Heritage Lottery Fund.

Recordings of all the webinars can be found on Civic Voice’s Vimeo channel: https://vimeo.com/civicvoice

‘The Big Conservation Conversation’ was first launched by Civic Voice at the 2016 Annual Convention and AGM in Chester to reverse this trend.

The concept of conservation areas was introduced in England, Wales and Scotland by the Civic Amenities Act 1967 through a private members bill led by Lord Duncan Sandys, who had founded the Civic Trust 8 years earlier. Civic Voice now holds the annual Sandys Lecture in his name.

When conservation areas legislation was introduced there was widespread public concern over the pace of redevelopment in our historic towns and cities. Today there are over 10,000 conservation areas in the UK (approximately 9,300 in England, 500 in Wales, 650 in Scotland and 60 in Northern Ireland) reflecting the popularity of this legislative tool in identifying and protecting our most valued historic places.

Research by Historic England, shows that only a small majority of those surveyed who live in a Conservation Area (56%) were aware that they actually live in one. This suggests a need to raise awareness, says Civic Voice, and why it launched the Big Conservation Conversation. ‘We need community groups across the country to get involved in our campaign and celebrate where they live,’ it said. ‘We want to see a Civic Day activity take place in every conservation area across England. With local authorities across the country continuing to see their resources reduced, we want more residents in conservation areas to play a greater role by commenting on planning applications, helping prepare lists of local historic buildings or doing street clutter audits and to celebrate where they live through National Civic Day.’

Civic Voice reports that problems in conservation areas can include poorly maintained roads and pavements and street clutter and loss of front garden walls. Some local groups such as Halifax Civic Trust have helped raise awareness of the issues and have helped to prepare character appraisals and management plans for conservation areas whilst others have carried out their own assessments to identify management issues. Others undertake audits of the local area. One audit can be a Street Clutter audit or a Garden Check.

Designating a conservation area should not be seen as an end in itself: we live in a changing world and for the historic environment to survive and continue to be cherished it needs to be positively managed, says Civic Voice. 'We want communities across the country to come together and say "My Conservation Area Matters" and to be inspired by groups such a the The Deal Society, who were asked by Dover District Council to carry out a series of conservation area character appraisals, which is a statutory responsibility requiring local authorities to keep conservation areas under review, and which led to a Supplementary Planning Document.'

Civic Voice runs an annual Special Conservation Area Award to highlight a new development that is enhancing a conservation area. 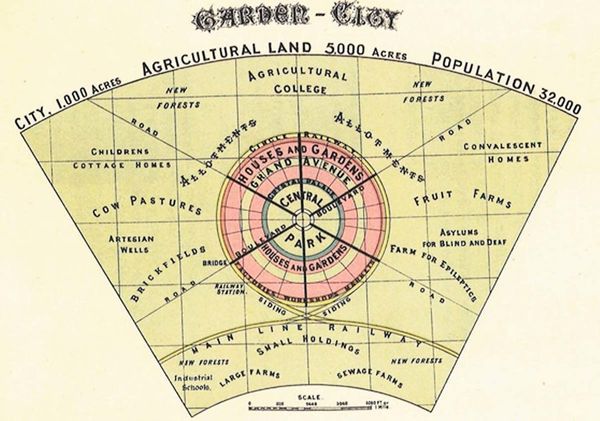 In the first of our profiles of individuals pursuing a civic cause in their area, we asked Guy Thomas about his passion for aviation heritage in Hertfordshire