One of the most significant books on local politics published in recent years was Peter McFadyen’s Flatpack Democracy.  It didn’t hit the headlines and was almost a sort of village samizdat publication, circulating amongst a small but growing community of grassroots activists involved in those reviled bodies, parish and town councils.  A new version Flatpack Democracy 2.0 has recently been published.

The name in itself doesn’t exactly conjure up images of modern, progressive – let alone radical – democracy. Some Labour Party activists in areas where parish councils exist adopt a sanctimonious disdain towards them, not even bothering to contest ‘pointless’ parish elections. In other areas, particularly more urban communities, parish councils seldom exist. They’re seen as something, at best, that might suit rural villages but aren’t right for the gritty inner city. I’d argue that’s a mistaken view and there are opportunities to intervene in local grassroots politics through existing or new parish or town councils.

They have two major advantages over other local neighbourhood groups. The first is democratic – as elected bodies they can really speak for their community, rather than as is sometimes the case give the impression of being ‘representative’ but often aren’t. The other advantage is that there is a clear revenue stream to do things coming from the ‘precept’ they can add to council tax bills. And that can be spent on anything from building a new community centre to employing community arts workers, re-opening public toilets, running a community bus service or employing street sweepers.

McFadyen’s book tells the story of the re-energising of local democracy in Frome, a Somerset market town. The local town council had been run by a tired group of small and large ‘c’ Conservatives for years and it wasn’t uncommon for elections to be uncontested. Nobody was bothered – a picture all too familiar in many other areas where parish or town councils existed. A few local activists, from various political backgrounds, decided to contest the election and to their surprise did remarkably well.

Today, they run the town council and have made a very palpable difference to Frome. The precept - what the council can charge to generate revenue on top of the local rate – was massively increased. It was a calculated risk but the council explained exactly how the extra money would be spent. Better local facilities, an improved environment. People accepted it. Unlike mainstream local government, parish and town councils have got much greater freedom in the level of rate they can set. It isn’t usually that much, ranging from around £20 to £100 per household depending on its rate. Frome raised theirs substantially and is now £143.65 per year for a Band D household .

Frome isn’t an isolated example of parish democracy, and I wouldn’t want to idealise it. It’s a prosperous place where many well-to-do professionals have chosen to move to. But the example of Frome has relevance to many other small towns or even neighbourhoods where either the existing council is useless, or one doesn’t exist. Often it’s about enabling things to happen, not always doing it directly. Small grants to local projects, help in setting up new initiatives or persuading the district or county council to do something are all part of their armoury.

The model is highly relevant to smaller towns which may well have had their own council before local government ‘reform’ in 1974. Places like Farnworth in Bolton, and Colne Valley in what is now Kirklees, West Yorkshire had their own, highly effective, local government before re-organisation. They built their own council houses and encouraged local industry. But perhaps above all they instilled a sense of civic pride. Now, many people who live there – and in similar places like them – feel voiceless.

However, there are examples around where urban neighbourhoods have formed their own parish council, including Birmingham, Bradford, Newcastle and Queen’s Park in London.  They’ve made a real difference to their communities (see the Joseph Rowntree Foundation report New parish and town councils in urban areas)

It has become easier to set up a parish or town council, with or without support for the parent authority. Obviously, it helps having their support and starting off with a conflictual relationship with your district or county council isn’t helpful. The National Association of Local Councils (NALC) provides an excellent resource for both existing local councils and for people wanting to set up a new one for their community.

Read also on Civic Revival: Councillor David Beaman reflects on representing the residents of Farnham, Surrey on its town council and district council as a political independent, and on some of the current issues and challenges elected councillors face in Taking A Liberty

In the first of our profiles of individuals pursuing a civic cause in their area, we asked Guy Thomas about his passion for aviation heritage in Hertfordshire 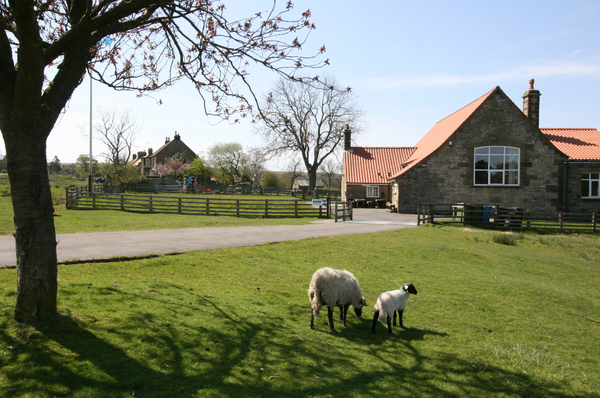 Goathland Village Hall, a key community facility for the North Yorks Moors village, has just benefited from a digital tech upgrade to its facilities