Danny Kruger, the backbench Conservative MP for the Wiltshire town of Devizes, published his report Levelling Up Our Communities: proposals for a new social covenant on 24 September.

Kruger, 45, the son of restaurateur and Great British Bake-Off star Prue Leith, is a newcomer to the House of Commons, having been elected for the first time at the December 2019 general election.  However, he is an experienced behind-the-scenes figure in Conservative party circles, and is credited with writing David Cameron’s famous ‘hug a hoodie’ speech when Cameron’s chief speechwriter in 2006.  He is also close to Boris Johnson, who asked him to produce the report.

The Old Etonian has worked fast to produce his report, after being commissioned to do so by Johnson on 23 June.  It contains twenty detailed proposals for the government to take forward under three headings: power, people and places.

Kruger opens the report by quoting Titus Salt, then Mayor of Bradford, writing in 1844: “the cholera most forcibly teaches us our mutual connection”.  He then describes the huge and heartwarming upsurge in community volunteering in Devizes during the coronavirus lockdown.

The report paints a stark picture of the expected hardship of the coming economic recession, and sets this in a sharp analysis of 40 years of failure to achieve the 'levelling up' of 'left behind' communities.  There is a personal undertone to his lament that David Cameron's 'Big Society' big idea failed due to its association with public sector austerity cuts, and to regret that Theresa May's 2018 Civil Society Strategy (which he helped to write) was also overshadowed by wider events.

He summarises the argument of the first part of his report as follows:

“We are on the cusp of a new era of economic and social policy. The era just ending was governed by economic and social doctrines which have caused us to become the most regionally unequal country in the developed world, with a range of chronic social challenges. The era now opening must address these challenges by putting communities at the heart of policy  making. The experience of the recent crisis - the willingness of local people to step forward and collaborate, the flexibility shown by public services and the social commitment of businesses - shows what is possible. Add the extraordinary new dynamics of data and digital innovation, and a wholly new paradigm is possible in which community power replaces the dominance of remote public and private sector bureaucracies.”

He terms this new paradigm ‘a new social covenant’ of mutual responsibility between individual citizens, civil society (including businesses) and the state, and proposes four ‘articles’ or general principles on which it would rest: Public purpose; Subsidiarity and inclusion; Strengths-based approaches; and Social infrastructure.

The second part of the report comprises the twenty ‘power, people and places’ proposals.  They are listed in full below.

As well as the proposals, Kruger makes a powerful call for the government to undertake “an open conversation” on the way forward: “the process you use to get to the future is the future you get”.

In his response to the report, the Prime Minister notes that he has asked Minister for Civil Society Baroness Diana Barran to consult with the people and organisations who responded during the coronavirus crisis, and remits responding to the report to Oliver Dowden, Secretary of State for Digital, Culture, Media and Sport.

“I’m delighted the report recognises the importance of returning power to local people and the need for investment in communities through a dedicated fund. The proposed Community Ownership Fund would give communities greater access and ownership of their buildings and act as a significant driver of regeneration but also help build a fairer, more connected society.”

Locality’s Tony Armstrong also welcomed the report but struck a note of caution, stressing the need for urgent action:

“The prime minister has welcomed the report – but has yet to commit to acting on it. The government mustn’t let the ideas and recommendations in this report drift, nor the need to work with civil society to scrutinise and implement them. Recent years have seen a merry-go-round of national reports that have called for change that have led nowhere. The government has real, practical opportunities to act now to strengthen our social infrastructure, bolster our community’s resilience, and embed community power for decades to come.”

The full 52-page report is available to download here: https://www.dannykruger.org.uk/communities-report 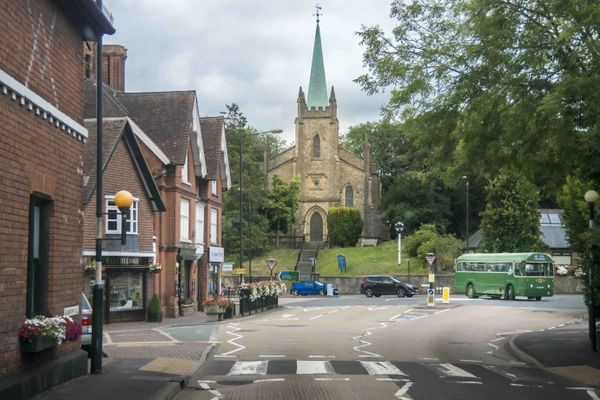 Your intrepid wanderer sails into the maw of the beast: but is London the goose that lays the golden egg, the cuckoo in the nest – or the dead parrot?