More details have been announced of the government's Partnerships for People and Place project, which forms part of its new Shared Outcomes Fund to test innovative ways of working across the public sector, announced at the 2019 Spending Round.

A £5 million fund has been committed for the Place Model, since renamed the Partnerships for People and Place project, to pilot a new approach of policy design and delivery, focussing on place-based initiatives, which create better cross-government coordination. The government says it is an exciting opportunity for local authority areas to be involved in a pilot project which will test a new way of working with central government to improve local outcomes.

This guidance gives further details on the project, eligibility, and the expression of interest process which is invited fromthe 34 long-listed candidate authorities for up to 15 selected areas .

The long-term vision of the  Partnerships for People and Place project is of local communities who are empowered to develop and deliver solutions to the problems that matter to them, whilst being supported in an efficient and joined-up way by both central and local government. To deliver this, the project will test the hypothesis that better co-ordination within and between central government and local places can improve efficiency and outcomes of place-based policy. The project will test and promote a more joined-up approach to support the delivery of improved outcomes for individuals. The programme seeks to make an impact:

Our overarching objectives, against which progress will be measured are:

The government says it recognises that  different people  will have different  views about  what  ‘place-based’  working means for them. For the Partnerships for People and Place project, ‘place-based’ working:

It is intended that each pilot place will select – in collaboration with local stakeholders and the partner government departments - very specific challenges, focussed on particular postcodes or tightly defined groups. This is hoped to provide a strong evidence base on which to build new ways of working in the longer term.

In his foreword to the guidance document, Luke Hall,
Minister of State for Regional Growth and Local Government, says 'there are many incredible examples of local partnerships across the country coming together to deliver better outcomes for local places and communities. Local authorities and their partners have shown that, even in times of real challenge, people can come together in new ways to improve lives. It is important that government continues to play a role in strengthening these partnerships and looks internally to better understand how it can help empower local communities to  develop  and deliver  innovative locally-led solutions, supported by coordinated policy at central government level.'

​The project, which is funded through Her Majesty’s Treasury (HMT) Shared Outcomes Fund, will analyse the interventions and impacts of central government departments and Arm’s Length Bodies involved (Ministry of Housing, Communities and Local Government; Home Office; Cabinet Office; Department for Environment Food and Rural Affairs; Department for Education; Ministry of Justice; Department of Health and Social Care; Public Health England; Department for Digital, Culture, Media and Support; Department for Work and Pensions; Department for Transport and NHS England and Improvement) in up to 15 pilot places in England and work with partners in those pilot places and government departments to focus on a particular local challenge and to identify and evaluate interventions to address it. Working together with local areas and across government, it will test innovative, collaborative approaches and seek to drive long-term change across central and local government to provide better outcomes for people.

The guidance document invites expressions of interest from long-listed local places which want to be part of the pilot.

Together, the project partners will map the funding and delivery models used by central government and partners to those local places, and the outcomes they have sought to achieve, to identify the scope to improve efficiency and outcomes through more strategic joined-up working. It will test this in practice, by convening all the central government and local project partners to focus on addressing a very specific local challenge, with the aim of improving outcomes for people in that place. It will learn from what is observed at a central and local level about the barriers and enablers of a more joined-up way of working. It will use that learning to propose a new way of working between government and local partners that will shape future government policy.

This guidance document invites expressions of interest (EOIs) from long-listed areas that would like to be involved. 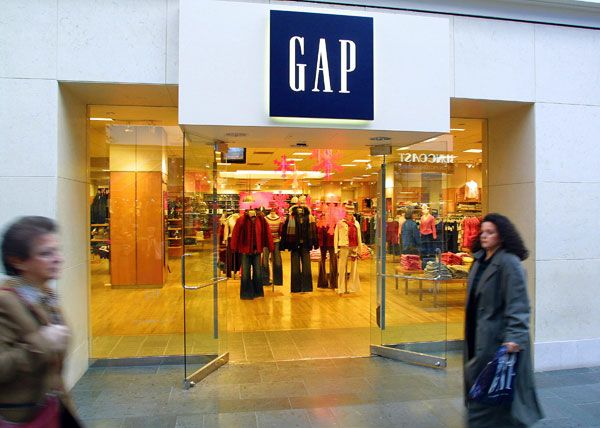 Fashion giant Gap has confirmed plans to close all its 81 stores in the UK and Ireland and go online-only. It joins other retailers and banks in pulling out of traditional high street shopping.