The Architectural Heritage Fund (AHF) administered by Historic England has  announced support for ten new projects through the Transforming Places Through Heritage programme (TPTH). The TPTH scheme is a three-and-a-half year programme to support charities and social enterprises restore and bring new uses to historic high street buildings.  Funded by a £15 million grant from the Department for Digital, Culture, Media & Sport, the programme exists within a wider set of interventions aiming to revive high streets in England, including High Street Heritage Action Zones, being led by Historic England, and the Future High Streets Fund, administered by the Ministry of Housing, Communities and Local Government.

Heritage Minister Nigel Huddleston said: "These exciting projects will put heritage at the heart of modern highstreets, helping communities to build back better.  Our investment will bring historic buildings back to life and help create jobs and community spaces across the country."

At the AHF’s latest Grants Panel, ten organisations were supported in their plans to deliver innovative and creative schemes involving heritage assets located on high streets and in town centres.

Matthew Mckeague, CEO of the Architectural Heritage Fund, commented: “These projects show what charities and social enterprises can bring to the regeneration of town centres and high streets. The projects are an exciting mix of what the future can look like for all our town centres – everything from housing to community space to community led libraries and workspaces. And all of which help retain important historic assets in use.”

177 High Street West and 1-2 Villiers Street are two 19th century buildings in the Old Sunderland Conservation Area and Sunderland Heritage Action Zone. This is the second project on High Street West being delivered by Tyne and Wear Building Preservation Trust, which is being supported by the AHF to develop as a Heritage Development Trust. The Trust is partnering with Sunderland City Council, Sunderland Quakers and housing provider Back On The Map to bring these vacant buildings back into use and create a city-centre base for Sunderland Quakers, two affordable housing units, and a retail space.

Bodmin’s Old Library is a former Passmore Edwards Free Library and Institute, built in 1895.  With its Gothic and Renaissance features, the building is a key part of the townscape.  IntoBodmin Community Interest Company took the building on following the relocation of the library service in 2018, creating a community café and a number of workhub units.  This grant will support the organisation with their plans for acquisition and to devise a long-term strategy for the restoration and reuse of the building.

975-977 Stockport Road, also known as Station South, opened as Levenshulme Station in 1892 and served the Manchester Central Line until the late 1950s. The former railway line, the Fallowfield Loop, is now a 9km traffic-free greenway. Lying vacant since 2016, Station South Community Interest Company has secured a long-lease on the building and is working to transform the building into a community hub and café, including bike shop and space for events, community workshops and co-working.

In addition, a further seven projects were supported at the Grants Panel: 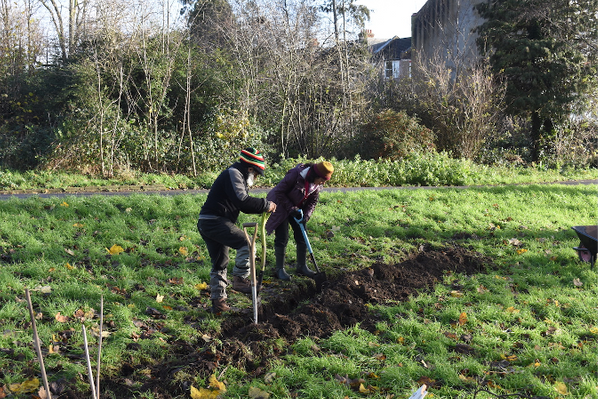 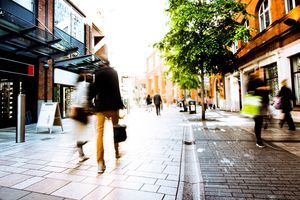 The Government is to provide up to £830m in allocations from the Future High Streets Fund, which it says will support areas to recover from the pandemic. The money will go to 72 areas across England, Communities Secretary Robert Jenrick announced on 26 December 2020.