The first outcomes of a four-year-long national Cultural Programme - High Streets Heritage Action Zones - were launched on 10th February. A podcast and accompanying book called High Street Tales were released as part of the scheme, which is led by Historic England, in partnership with the National Lottery Heritage Fund and Arts Council England.

The Cultural Programme features new digital and physical artworks inspired by England’s high streets. It seeks to make high streets more attractive, engaging and vibrant places. Commissioned artists will work with local communities on high streets across England to co-produce artworks that respond to and reflect the changing high street. The new artworks will also be considered for submission into the Historic England Archive: the nation’s archive for records of England’s historic buildings, archaeology and social history.

High Street Tales
Since last autumn, eight writers have been working with local people to record ‘local legends’, and to create a set of seven short stories about 'today’s high street'. The stories aim to 'capture the everyday magic of the high street', and feature an introduction by writer Andy Miller (author of The Year of Reading Books Dangerously).

The stories include 'Time and the Shoe Man', in which Celia Bryce explores North Shields high street, in a tale which follows a mysterious character on his journey down roads and through streets of the past to return a lost shoe to its home. Others include 'In Between Days' by Merrie Joy Williams, who has based her tale on Woolwich High Street, 'Flying' by Maria Whatton (Wednesbury), 'Borrowed Ground' by Robin Pridy (Hastings), 'All the Secret Postcards' by Rod Duncan (Leicester),  'The Women of Number 11' by Rebecca Tantony (Weston-super-Mare) and 'Under the watchful eyes of seagulls' by Ellie McKinlay-Khojinian and Ligia Macedo (Great Yarmouth).

The eight writers have also narrated each of their stories for a podcast series which will be released over the coming weeks, with the first episode launched on 10 February 2021.

Of the publication, Heritage Minister Nigel Huddleston said "I am pleased that the Cultural Programme, starting with this exciting 'High Street Tales' project, will play a part in bringing our high streets to life, encouraging people to reconnect with the heritage we have on our doorsteps".

It is available in ebook and Podcast format, and can be accessed here.

Future of the High Street
10 short films by contemporary filmmakers have been commissioned, which will explore England's high streets. The films have been organised by a range of major regional UK arts organisations, and the products will be published on Historic England’s website and YouTube channel throughout March.

A trailer can be viewed here:

Twin Towns
Throughout summer 2021, Historic England will unofficially 'twin' towns, through a programme of creative commissions. Artists will work 'with local communities to uncover what they have in common'. The artworks seek to explore themes of identity as well as the communities’ aspirations, culminating in a series of installations, performances and digital work. The artists and locations are:

Sound walks
Historic England is working with the National Trust to launch a series of 'Sound Walks' from 10-19 September 2021. The walks will take place on six High Street Heritage Action Zones during Heritage Open Days. The walks themselves will be self-guided, and will utilise immersive soundscapes to allow a new experience of users' surroundings.

Annie Reilly, Experience Development Manager at the National Trust, says "Sound Walks is an exciting build on our previous work with artists" and that they are thrilled to "to bring the diverse, fascinating stories of our local high streets to life."

Picturing England's High Streets
This three-year photography commission aims to document the changing face of the nation’s high street, coming to a conclusion in 2024. It will be co-ordinated by Photoworks - a UK development agency for photography. Six photographers will undertake residencies at high street locations across England. Photoworks will work in partnership with local arts organisations and communities in Prescot and Chester (with Open Eye Gallery), Coventry and Stoke-on-Trent (with GRAIN Projects), in Leicester (with QUAD/ FORMAT) and in London (with Photofusion).

Shoair Mavilian, Photoworks Director, said "We are very pleased to have been appointed lead partner for Picturing England’s High Streets - an ambitious programme which provides exciting opportunities for photographers and local communities across High Streets in England."

Outdoor arts commission
Arts organisation Emergency Exit Arts has been selected to create a large-scale 'outdoor celebration of the high street', to be delivered in summer 2023. Emergency Exit Arts are experienced in creating participatory events, which often include elements of visual performance, pyrotechnics and music. They will engage local communities to run the commission across five English high streets and will also train local young people in arts production.

Alongside the national cultural programme, the 68 High Streets Heritage Action Zones will each receive grants from Historic England for their 'cultural consortia' of local arts organisations to curate and create locally-developed cultural offerings for their high streets over the coming three years.

An online event bringing together civic activists from across England, to set a civic revival agenda for the 2021 local elections. 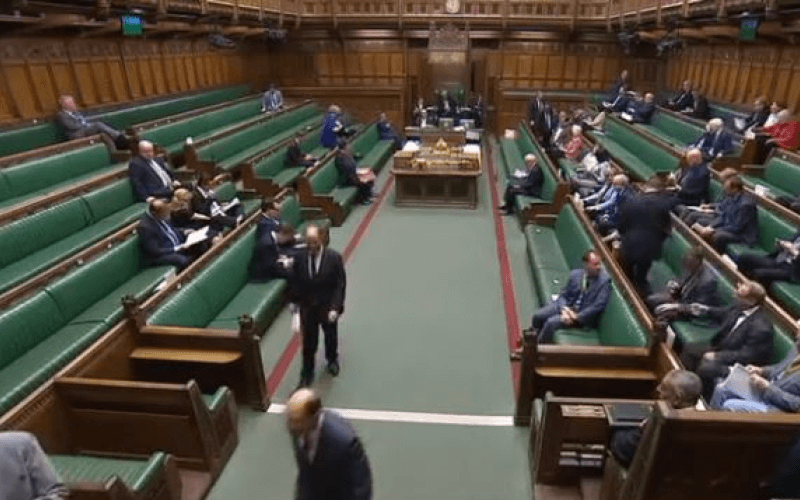 A backbench-initiated debate has been held in the Commons to discuss progress with the government's £3.6 billion project to provide funds for 101 'left behind' towns, to improve their local economy, connectivity, social and cultural facilities and built environment.