A social enterprise project to train people that have experienced homelessness to become walking guides of their own city has just won one of this year's Group Travel Awards. The 2020 GTO Magazine Editor’s Award for Innovation in Tourism went to Invisible Cities, set up in 2015 to give homeless people a valued role in their home towns, and now with a team of 13 guides in four cities: Edinburgh, Manchester, York and Glasgow - with Cardiff coming soon. GTO Magazine Editor Fiona Horan has shared her interview of Invisible Cities’ founder Zakia Moulaoui with Civic Revival.

What is your background?

I moved to Scotland from France when I was 21 years old and for several years, was Director of International Partner Development at the Homeless World Cup Foundation, a global network of street soccer projects. This is where I started working with homeless people and realised the stigma attached to this. I also travelled for part of the year, researching how people were using football to support those in need.

At the end of 2015, I spent time in Greece and volunteered in a refugee camp on Lesbos Island. This is also the time when the idea of Invisible Cities was formed. Returning to Edinburgh, I started working on the organisation. We were 100% volunteer-led until July 2018 and we now have a team of 5 staff, 13 guides and more trainees, and supported volunteers.

I come from a single parent family but have a mixed culture (French and Arabic) which has had a massive influence on me. Always in between two worlds! But it has also given me love for travelling and meeting new people.

What is Invisible Cities? Where did the idea come from and how did you bring your initial idea to life?

Invisible Cities is a social enterprise that trains people who have previously experienced homelessness, to become walking tour guides of their own city, and offers a number of themed family friendly tours across the UK. Since starting in 2016, we have expanded our tours to four cities across the UK: Edinburgh, Glasgow, Manchester and York, with plans to expand further.

During my time at the Homeless World Cup I realised that everyone - including those who are homeless - has a story to tell. And that I was in a privileged position to be able to travel to listen to these stories as part of my job. I wondered if there was a way to allow other people to do the same. Travel has shaped me into the person I am, and Invisible Cities comes from this wish of creating experiences that can challenge you and make you discover things that are completely different to what you are used to. Experiences that can also shape who you are.

What do you include in the Invisible Cities walking tours?

We offer tours that are different: off the beaten tracks but also led by people who know their cities, and topics very well. Our best asset is definitely our guides. You could come on four tours of Edinburgh with us and get four different experiences because the guides are different people. We create an experience and opportunity for guests to meet someone they would have never met otherwise, discuss things that can be challenging such as mental health and addiction, learn more and share.

The piece of feedback that comes back often is “It’s like going on a tour with a friend!”. So, groups should come to discover our cities in a different, more intimate way. You can find a lot about a place from google or a guidebook, but nothing will beat meeting someone who will show you something unique.

What have you found challenging, and what has gone even better than expected?

It took us a while to be known in Edinburgh, then in our other cities in the UK. This meant a very slow first couple of years. But it has been incredible to see how our reputation has grown and the feedback from guests and supporters.

Recruiting guides is always the hardest part. The people we work with have all experienced homelessness but ultimately all have different journeys: poverty, care, addiction, family breakdown, poor mental health. Homelessness is a complex issue and doesn’t mean the same thing to different people. But once we have made a connection with someone and they embark on a journey with us, it is incredible to see them develop, learn and welcome guests from around the world to their city.

It can be really challenging sometimes as people can relapse, or lose motivation, or have issues arise again, but that is also why we do the work we do. I often have to remind our guides and trainees that if we didn’t want to help with these issues, I would have set up a mainstream tour company.

How have you adapted to the pandemic, and how has it affected Invisible Cities?

Like for every other business, we were on hold for several months which has had dramatic consequences on our business. But our priority has always been the safety and wellbeing of our guides and trainees, so while we were making no income at all, we had to spend extra money on providing everyone with fresh food deliveries, house items, and whatever was needed so they could cope with the situation.

It has also had a massive impact on the mental health of a lot of our guides and team. As I mentioned, we work with people who have experienced addiction or previous conditions so when all of a sudden you have so much time on your hands, you have more opportunities to relapse. A couple of our guides are having a break from tours as we speak, as we support them to rebuild healthier and more positive habits and lifestyles.

We need to recover from this, both as an organisation and as individuals. We are open for business again but, of course, cannot welcome large groups which was a big part of our business model. So we are having to adapt to smaller, family friendly products or focus on items people can take home like our young traveller’s subscription box which provides a virtual visitor experience.

We still plan on launching in more cities as our GLOCAL approach (local but with a global impact) has never been as relevant as right now. 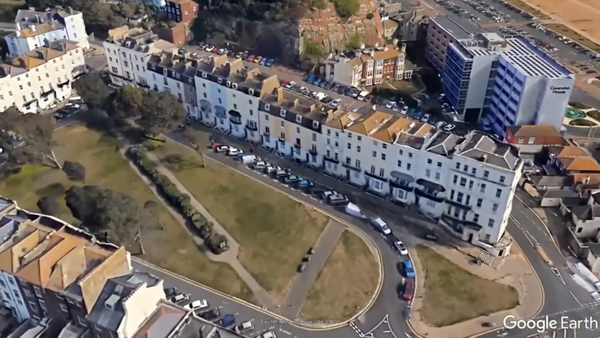 James Wilkie, chair of Lancaster Vision, a sub-group of Lancaster Civic Society set up in 2012, writes about how the group has reappraised what it does and how it does it in response to the Covid-19 pandemic.