Following the launch of Civic Revival on 31 July, it was time to let the kids have a summer holiday, and so it was up to visit their Grandma in England’s northernmost county, Northumberland.

But of course Civic Revival’s themes of the five civic building blocks and its concepts of local heroes and other kindred spirits remained buzzing around in my head, wherever we went. In addition, emerging from lockdown, even the most mundane visits to familiar places feel a little strange, like you are seeing everywhere and everything with a fresh pair of eyes.

From this came the idea of this new series for the Civic Revival website: Walker’s Wanderings by me, @WandererWalker on Twitter.  My attempt to pick out what I am seeing relevant to Civic Revival’s themes as I pootle around the country.

The title is partly a small tribute to the forthcoming titans of EFL League 2 2020/21 season, Bolton Wanderers.  But it’s mostly a nod to an old Lancastrian comic my late Dad liked to mention, ‘Wandering Walter’: his act, which was big on the live circuit but never made it onto TV, was to tell great long shaggy dog stories throughout which he struggled but completely failed to resist the temptation to wander off the main narrative and explore ever more complex side alleys of anecdotes and triggered thoughts. In that spirit, I will try to stay on topic.  But I might not always succeed.

The big picture in a few grains of sand

For the civically minded, there is great joy in returning to real interaction with real people in real places, rather than in a little box on a bloody Zoom screen.  It is a delight to become reacquainted with all the various small businesses and social institutions, both new and long-established, that give our places their soul: to take comfort from seeing old friends that have survived, and take pleasure in meeting new ones.

But there is also trepidation: how can all the enterprises we admire possibly survive the looming post-Covid economic depression and crisis of mass unemployment?

We are all suspiciously eyeing up ‘the new normal’: we are told that 92% of the British public don’t want the new normal to be like the old normal, and many activists have taken great heart from this for positive social and economic change. Yet the sinking feeling remains that the new normal being cooked up for us is a further giant land grab by the 0.1% richest, that will leave most people in most places in an even more precarious position than ever.

Set in this context, the first three episodes will cover three topics that will be priorities for Civic Revival over the coming months:

A new consortium to work with towns, both large and small, bringing a multi-disciplinary approach to re-purposing towns from the beginning of the journey through to the execution of a successful plan 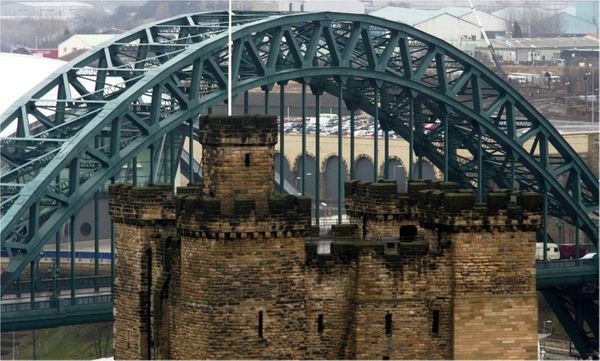 A ramble around the town and city centres of Northumberland, as they emerged from lockdown in August 2020.