Flatpack Democracy 2021, “the national campaign to help communities reclaim their local councils” officially launched on 9 September with a webinar featuring participants from across England.

The campaign’s aim is to support local groups of independents to stand for, and win, local council elections across England in May 2021.  Flatpacker Emily Ward told the meeting that 5,000 local elections will be held next May, the vast majority of these being for community, neighbourhood, parish and town councils, collectively known as local councils, the lowest tier of local government in England.

The campaign also aims to encourage wider engagement in local politics by promoting the stories of the thousands of 'flatpack pioneers' around the country, and is looking to push for the formation of new community-level local councils in places that do not currently have them.

Asked which out of the 5,000 contests Flatpack 2021 was aiming to win, spokesperson Will Franks replied, “all of them”.

The Flatpack Democracy story began in Frome, Somerset in 2013 when a group of local residents set up Independents for Frome.  They ran for, won, and then revitalised the moribund local council, Frome Town Council.  Since then, the Town Council, which was previously doing very little (everyday council services being provided by the district council, Mendip, and the county council, Somerset) has become an extraordinary hive of civic activity, with openness and ‘just do it’ encouragement for active, positive participation at its heart.

Projects delivered include opening up the Town Hall as an information centre, improving the local parks that it owns, setting up ‘Wild Frome’, supporting the 'Cheese and Grain' community venue, encouraging sustainable energy and recycling, launching ‘Keep Frome Clean’, leading community projects such as ‘Participate Frome’ to encourage street-level neighbourliness, grant-funding of voluntary civic projects, and preparing a Neighbourhood Plan, amongst others.

Flatpack’s leading light Peter McFadyen told that story in his 2014 book Flatpack Democracy, updated in 2019 as Flatpack Democracy 2.0 - power tools for reclaiming local politics.  Support and encouragement to other places to emulate Frome has always been the aim of the Flatpack project, and a core network of places that are their own journey similar to Frome's has evolved and now aims to ‘go mega’ in 2021.  Flatpack enjoys a strong showing from places in the South West of England, including Buckfastleigh, Bideford and Chudleigh in Devon; Shepton Mallet, Wells and Portishead in Somerset, Bude in Cornwall – but is not limited to that region.  Also involved in the call were activists from Didcot, Oxfordshire; Hull, Yorkshire, Harpenden, Hertfordshire and more.

Civic Revival trustee Paul Salveson has written ‘In Praise of Town and Parish Councils’ on the Civic Revival website here.

Civic Revival has also published the article ‘Taking a Liberty’ by Councillor David Beaman, a member of the independent group that took control of Farnham Town Council in Surrey.  Civic Revival's Chair Peter Stonham has written a brief history of local democracy and civic values in Britain, here.

In Civic Revival’s Bolton base, independent groups have been formed based on the former municipal boroughs absorbed into Bolton in 1974, including Farnworth, Kearsley and Horwich, and now hold the balance of power on Bolton Metropolitan Borough Council.  Horwich has its own town council, Farnworth still does not.

Near to Civic Revival’s Hastings base, there has been a long-running campaign to re-establish a town council in Bexhill-on-Sea, East Sussex.  The campaign was resisted by the Conservative party-controlled Rother Borough Council, and led to the Conservatives losing control of that council to independents at the 2019 district elections.  A Bexhill Town Council is now recommended to be inaugurated in December 2020, delayed due to coronavirus. Its first elections will be in May 2021.

Flatpack HQ strategist Will Franks presented an introduction to Flatpack 2021’s campaign, which has been 4 months in the preparation.

The big picture context for the May 2021 elections is bad, he said: winter 2020 might well see a second wave of coronavirus and an economic recession creating mass unemployment, hunger and homelessness.  Many will discover that the old social security ‘safety net’ has collapsed; for others this will not be news – they have been living with it for some time.

The constitutional position is also bad, he told the meeting: “democracy is broken”, with the two main political parties using the first-past-the-post electoral system to maintain a closed shop. At the local level, local democracy was moribund: 77% of councils had one party majorities and sitting on them, 45% of councillors are retired, 68% are male and 96% are ethnically white.

In such circumstances, talking about parish councils whose traditional roles do not extend much further than managing the allotments, may seem strange.  But worldwide, highly local, independent action at the municipal level was a growing movement.  A radical Global Municipalism Movement is emerging, whose biggest star is Ada Colau, the independent Mayor of Barcelona. In France, 400 towns and villages (communes) elected independent mayors in the most recent local elections.  In Sweden, the movement is represented by the Pirate Party.  In Senegal, by the Hip Hop Party.  England could be part of this global movement, he said.

Flatpack 2021 will encourage and provide support for local groups of independents who want to stand for election in any local contest in their area, including for the larger district, unitary and county councils that form our more familiar view of who “the council” is.  However, this support will not be unconditional: all groups who want Flatpack’s support must sign up to the following terms:

A key principle is “keep campaigns lighthearted, pragmatic and fun”.  Given the grumpy, negative, and often outright toxic nature of so much of local politics in so many places, this is going to be a challenge, but is a huge prize to win.

The meeting broke into small groups to discuss three questions: What excites you about this campaign?  What’s the potential for it where you live?  What challenges can you foresee?  An open editable Google document was used to collate the discussion reports, and a link to it will be provided.

One important matter raised was the issue of working with benign local activists who are active within the existing framework of established party politics.  One attendee made the point that it would be wrong to tar all existing local councillors with the brush of being lazy, or corrupt.  Peter McFadyen’s answer was that Flatpack must always aim to be as inclusive as possible.  Flatpack’s target is not the individuals, it’s the system.  One obstacle pointed out was that the Labour party’s rulebook demands the expulsion of any member who works for the election of anyone who is not a member of the party.

A second key issue raised was the matter of larger towns and cities, where the lowest tier of local councils does not exist (the so-called ‘unparished areas’).  There is only one community council empowered to raise and spend its own local taxes in the whole of London, which now has a population of 9.3 million (Queens Park Community Council in the City of Westminster, pop. 14,000).  For Flatpack campaigners in those kind of places, which includes cities such as Hull as well as places in London, the 2021 campaign will about establishing the principle that local councils should exist.

Bexhill activists offered their expertise, and drew attention to the forthcoming national conference Empowering Communities, to be held on 28 March 2021 at Bexhill’s splendid De La Warr Pavilion.  Watch this space for more details. 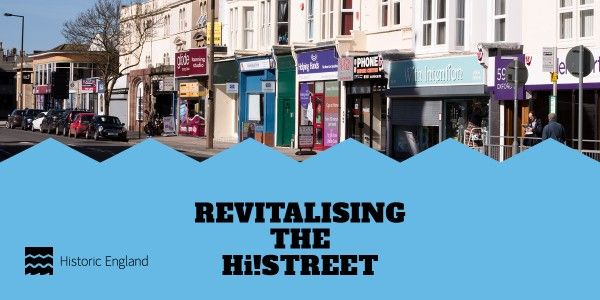 68 historic high streets across England have been offered government funding to give them a new lease of life and help them recover from declining footfall and the impact of the COVID-19 pandemic.

A review of three summer festivals from the new economy movement, which moved online this year.